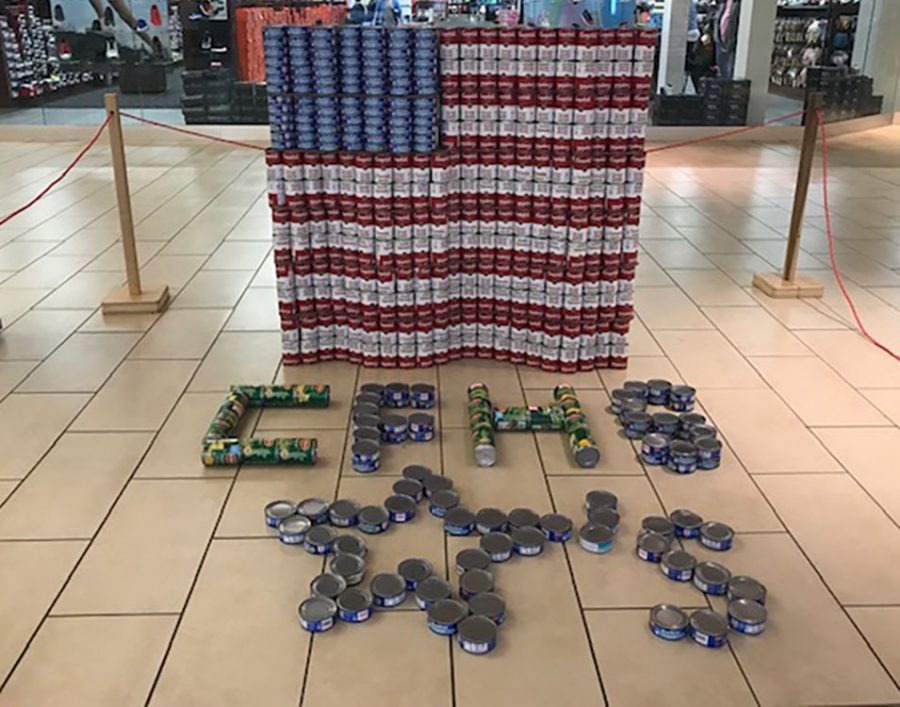 Our school has participated in Canstruction for several years. Last year, students from our school built an American flag-themed structure that was completely made out of canned food. The Canstruction event that is occurring in our region this year is February 16 – 17 at the Spotsylvania Mall.

Canstruction is a charity event that features structures made by teams of volunteers or groups that are entirely made by cans of food. When the event concludes, all of the food is donated to local organizations.

“This was our second year doing Creepy Crawly, which is at the YMCA and it’s a fundraiser to raise money for the YMCA to give scholarships to people who are less fortunate,” Giarratana said. “We do a turkey drive, which raises money for the Fredericksburg Food Bank. Also, each Learn & Serve student has a project that they work on outside of school.”

Preparing for Canstruction begins with finding out the theme and brainstorming ideas.

“We do a big class brainstorm and go online to see what other organizations have done in the past,” Giarratana said. “Next, we make our design and figure out all of the dimensions. Once we do that, we figure out what color cans we need. Then, we put up posters around school advertising the event, collect cans, and go and build at Spotsylvania Mall. ”

The theme for this year’s Canstruction is “Two Can Play That Game.” Learn & Serve is asking for donations of red, white, blue, and green cans to help them construct a casino-themed structure.