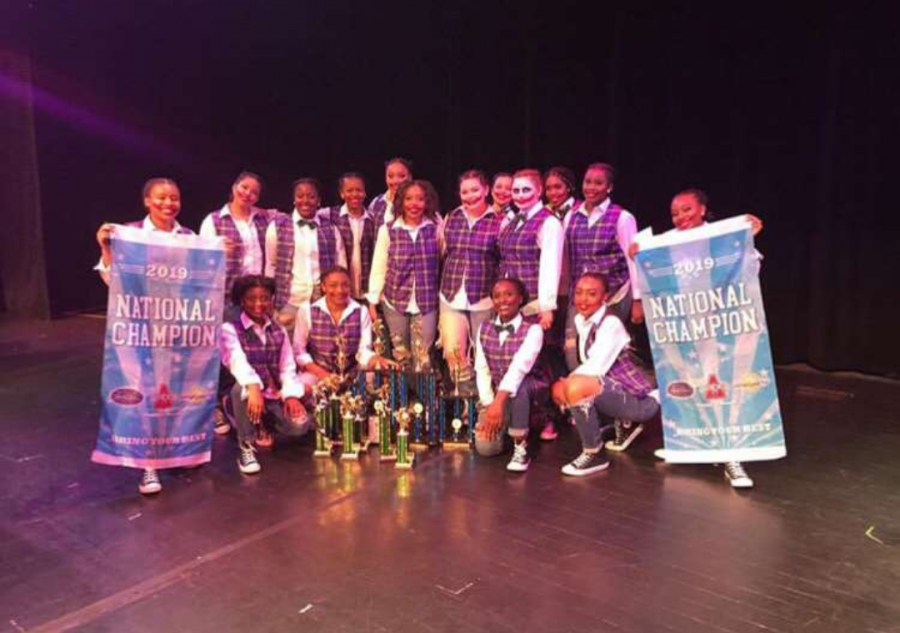 This past weekend the Colonial Forge Dance Team traveled to Myrtle Beach last weekend to compete at the EDA National Dance Competition. They’ve been working towards this competition since, July and were not disappointed with the results.

The team, lead by coaches Lisa Sinclair and Semira Hall, took four group dances and six other dances in the solo/duo/trio category. Of those ten total dances, seven placed in the top five. 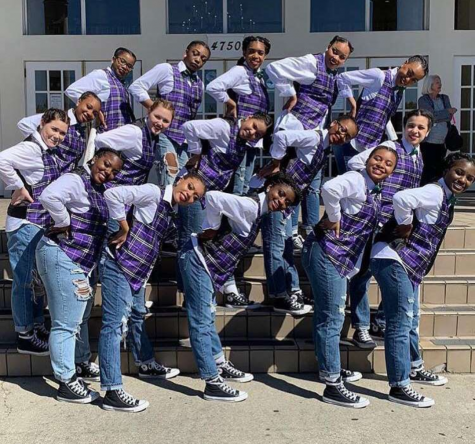 On the first day, Forge Dance placed fourth in Jazz, third in Lyrical, first in Variety, and first in Hip Hop.

On the second day the placement was the same, but the actual scores were much higher and the solos/duos/trios competed. The soloists included Olivia Burton (‘19), Savannah Hunt (‘19), Kathryn Hunt (‘21), and Lara Nodurft (‘21). The Trio had Olivia, Kathryn, and Savannah, and the Duo had Tierra Hooper (‘21) and Mekenzy Linder (‘20).

Of those dancers, Olivia placed second in the senior category, the Captain’s dance trio placed first, and the duo placed fifth.

Another award the Dance Team brought home was the Judge’s Award for Best Costume (pictured to the side). They were awarded that for their Hip Hop dance, inspired by the Joker.

This the second year that dance team has brought home first in Hip Hop as well as a Special Judge’s award to go with it. Last year’s award was given to Semira Hall (Choreographer and Coach) for Best Choreography.

The team members are very happy with their placements and with the overall team dynamic this year. A lot of them including the seniors have said this is the best team they’ve ever been on and are very sad to see it end. Despite this, they are still optimistic heading into the new season with the new team members they will be gaining in May.