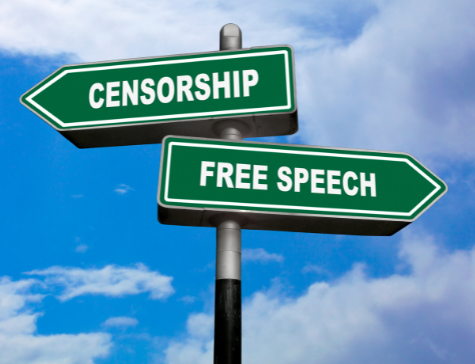 Elon Musk recently purchased twitter for $44 billion dollars, and his main reason for doing so was a problem with the company’s “free speech” policies. When the news of this purchase came out people flooded social media with questions like; is Musk going to ruin Twitter, why is he taking it private, and what changes to freedom of speech does he plan to make?

“I am against censorship that goes far beyond the law. If people want less free speech they will ask the government to pass laws to that effect. Therefore going beyond the law is contrary to the will of the people,” Musk stated when asked about freedom of speech.

Freedom of speech is something that is becoming more and more unclear in the online space. This is a result of people using it as an excuse to say whatever they want with no real understanding of its meaning. Constantly blurring the line of what is hate speech as opposed to free speech. Causing social media platforms to tighten restrictions creating the question: ‘What is freedom of speech online?’

When opinions turn into direct attacks that’s when what people are saying evolves into hate speech. Censorship of posts relating to hate speech is necessary because it doesn’t do anything but attack people. Debate and disagreement are good when both people leave it with a new perspective, even if they don’t change their opinion.

Across all social media, there is an issue where people can say whatever they want with very little consequence at all. Because they are behind a screen and there is no real contact people feel stronger to say things they would never face to face.

“Cyberbullying is a problem that is continuing to grow online. While I do think it gets blown out of proportion at times, but it should be controlled for the little kids online,” said Matthew Lowery (‘23).

At the most, people will get banned and then be able to create a new account, so no real punishment was handed out.

Social media networks need to start making clearer guidelines for defining what classifies as hate speech. There should be an exact definition that each company has outlined, so when people get banned they can’t use free speech as an excuse. Hopefully in the future we will start to get a more concrete line that can set an example for other networks.