Influence, Impact and Upbringing: Get to know Mr. Daniel 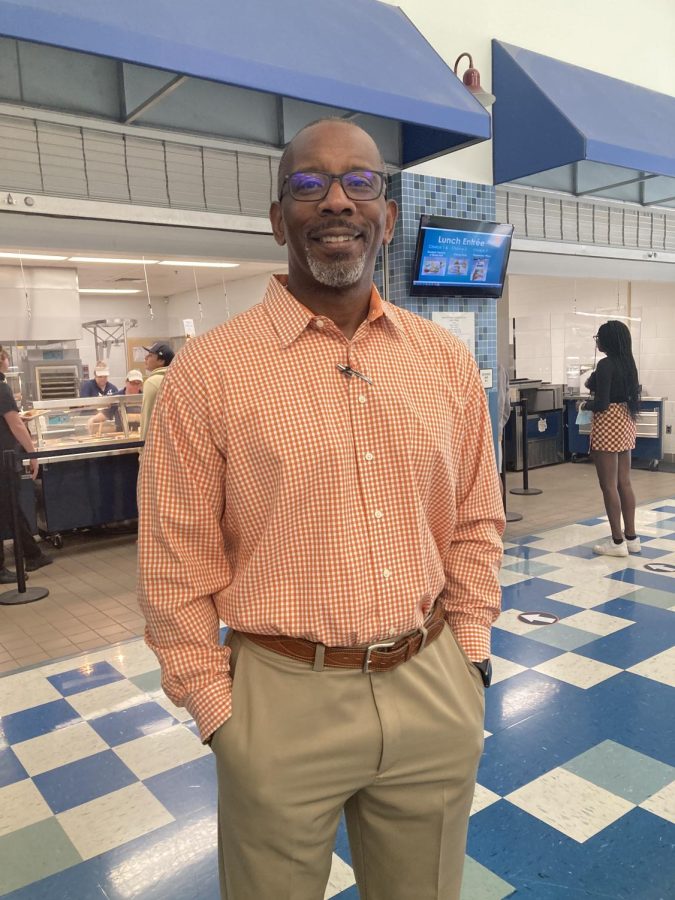 Q: Can you give us a quick rundown of your career?

A: This is my 26th year as an educator. I started as a counselor at a middle school in Richmond, Virginia. And then I spent some time in Hopewell, which is just, 20 minutes south of Richmond. I was a counselor there for both locations probably a total of four years before I moved to Stafford.  I was a counselor at Gale Middle School for three years, after that, I got hired as an assistant principal at Rodney Thompson Middle School. I think it was the second year Thompson was open. So that was a long time ago. And then I spent three years at Rodney Thompson.  I left Rodney and went to Brook Point High School as an assistant principal for about three years. And I left Brook Point and got my first job as a principal at a school middle school, and was principal there for about six years. Before coming here[Forge] in 2013.

Q: What made you want to go into education and be an educator?

A: I didn’t know if I wanted to work in corporate America, or if I wanted to coach and work with kids. So I found a major that gave me both options. And I had an opportunity to do two internships within that major and that major was marketing education. When you’re in college, there’s a two-track internship that you do, you do one in the business world or in the marketing field,  and then the other internship you do is teaching. So I did some student teaching as a marketing teacher, and also had an opportunity to do the business side work. I worked in retail for an internship. But again, because I play sports, I like coaching, and I like working with people I thought… what do I want to do for the rest of my life? And this is how I came to my decision to go into education.

Q: Did you have anyone who influenced you into going into this career and who is your biggest influence?

A: Yes, I don’t think at the time I wanted to be an educator and do this. It really wasn’t until college that I kind of started to formulate some semblance of an idea of what I wanted to do. But in high school, I definitely had some teachers that inspired me. One, in particular, was my JV basketball coach, Harry Bradley. He was very instrumental in my career, athletically, and just somebody I aspired to be like, or have success, like. He had a strategy that he like to use for us, like being a young Black male growing up in an environment that I grew up in. He intentionally, although he didn’t make a lot of money, drove nice cars.  And he did that because he wanted to show us that, you can do an honest job, or have an honest career and drive nice cars, or have nice things. And so that was inspiring to me.

Q: Being a principal what is it like transitioning into higher leadership positions?

A: It gave me an opportunity to help students on different levels, or at different levels. Obviously, when you’re a teacher, the impact you have on students is more isolated, because you’re impacting the kids that you have in your class, or that you see on a day-to-day basis. As a counselor, that impact is a little bit more widespread, because it’s your alpha. As a principal, you can impact all students, and based on decisions that you make it’s not just an impact on students but also on the staff and teachers. You’re reaching and impacting more people, not just students, and teachers, but the community.

Q: How does it feel to know that you have such a strong influence on the entire student body?

A: I look at it the same way I look at parenting. To know that I have that kind of impact is humbling. I mean, I don’t take it for granted. I treasure the opportunity to be able to have such an influence on students. It’s important to remind and let students know that nobody’s perfect, I make mistakes. I know students have observed and seen me make mistakes, you guys hear me on announcements. Sometimes I forget the day of the year, but we all make mistakes. That’s not what’s important. The important thing is that you learn from those mistakes, and just try to do better the next time.