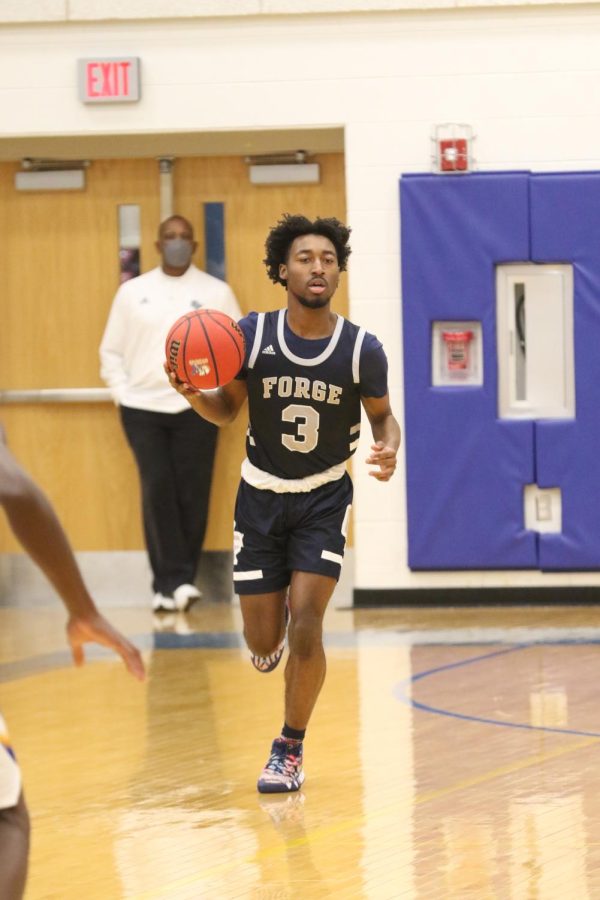 Girls basketball competed in a tough season this winter and ended with a record of 4-13. They overcame some tough challenges this season for example coaches being gone, COVID-19, and many snow days.  The girls will continue to practice hard and come back fighting strong next year.

“It’s just about positivity through rough times, you know, staying together as a team and not giving up when you’re struggling,” Payton Schwinn (‘24) said.

Varsity boys basketball had an ending record of 14-8. They played a good hard season and made it to district championships and lost in the first round of regionals. They fought injuries, for example, junior, Jaiden Oglesby, broke his arm during the season and wasn’t able to compete for part of it.

“I would say one of the highlights was definitely senior night because the atmosphere was crazy,”Jovan Danner-Newsome (‘24) said.

Gabe Jones (‘23) and Fredo Abel (‘22) were two main contributors to the games who led the teams to wins.

Gymnastics brought the competition this season.  Sophie Sterling (22’) made big contributions with her high scores throughout the competitions. They made it to regionals but had a tough fight and lost. The girls will take what they had and prepare for a great season next year.

“I think we will just keep working on the skills that we have now and we want to get so that we can be at the highest level next year for next season,” Clare Scullion (‘24) said.

The track team had a good long season. They fought through some injuries but made it out strong.

“I actually had a couple of injuries. I got injured early off in the season and pulled my hamstring but like always I did rehab,” Colby Kynard (‘23) said.

After losing last year, they redeemed themselves by winning district this year but came up short in states.

Wrestling had many heartbreaking losses but also many exciting wins.

“There were many heartbreaking losses from the first matches to the end. It’s always tough. But we just push through despite loss,” Dylan Nguyen (‘23) said.

Some went to regionals and others went to states. They suffered from injuries that kept them out of it but pushed through. They are celebrating their wins this season but also are looking forward to next season to win regionals.

“I think the next step is to win the regional title next year and have a solid lineup,” Nguyen said.

Swimming had many newbies on the team this year, so they were trying to find a way to adjust with the new talent.

¨I think the next step is getting closer because I feel like as a team, just getting closer together kind of like you know, it works a lot better if we are a very close team, and it was hard because we had a lot of new people,¨ Emily Harper (´22) said.

Ashley Wang (´23) stood out with her great times this season. The boys got a win at districts, girls came in second, and 12 people made it to states as well.

¨One meet that we lost was our meeting in Stafford which we went undefeated the whole season and then we lost the Stafford by nine points, which was really upsetting,¨ Harper said.