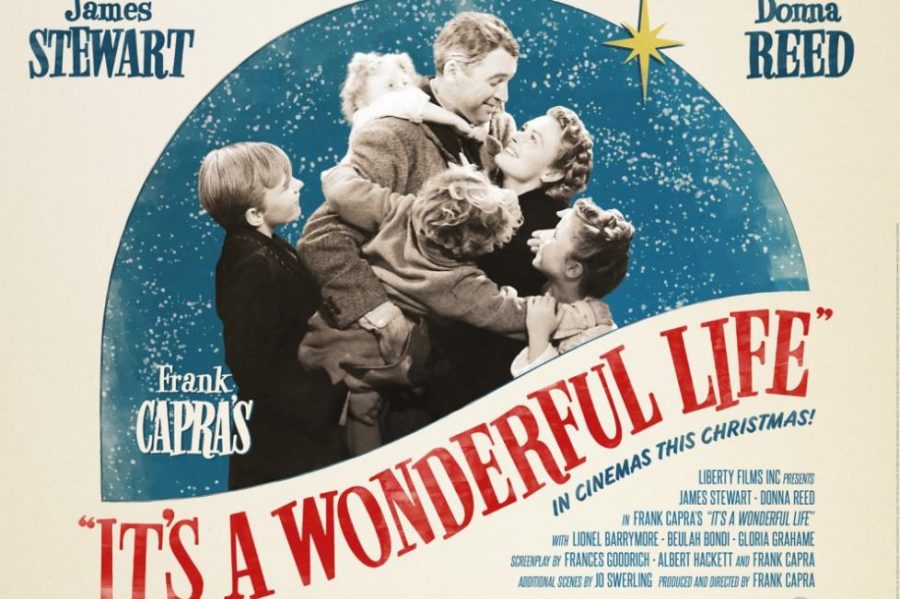 A Ranking of Aynsleigh and Anne’s Christmas Movies

My favourite Christmas movie of all time is Love, Actually. The movie documents progression of nine different relationships; as the movie goes on, more is revealed about the connections between the relationships (family, friendships, etc). I love how not all of the relationships are romantic and how some don’t work out. This adds a level of realism not usually in Christmas movies, since not everything ends perfectly but there is still a happy and grateful attitude.

The acting is phenomenal, with my personal favourite characters being the Prime Minister and Jamie. Colin Firth and Hugh Grant are my guilty pleasure actors; the period dramas Maurice and Pride and Prejudice are some of my favourite movies. Their acting in this movie is wonderful and the people they are paired with (Natalie and Aurelia, respectively) compliment their characters’ personalities perfectly.

I’m well aware that Home Alone isn’t the best example of a Christmas Movie, but the movie is centered around a Christmas resolution and is set in the wintertime, which is enough for me. Home Alone tells the story of the few days leading up to Christmas, where a little boy (Kevin McAllister) is left at home by his rambunctious family when they go to France for Christmas. He is left to fend for himself, and during the time between his family’s departure and their return home, he must defend himself from burglars.

The plot of this movie is absolutely amazing. Despite being completely unrealistic, the pure genius of Kevin and how adorable young Macaulay Culkin is destroys any possible complaints. I really relate to him in the beginning of the movie where he is being verbally obliterated by members of his family (#bigfamilyprobs). The way he handles the burglars and how he goes from being absolutely terrified to having a warlike resolution that surpasses his very few years is impressive and honestly intimidating.

E.L.F. is the quintessential Christmas movie. It follows the journey of Buddy the “Elf” (he’s a human) as he travels from the North Pole to New York City to find his dad, who’s on the naughty list. It is a truly terrible movie but in the best way possible. The plot is bad, the acting is meh, but those qualities combined with the dumb, happy comedy and hilarious, clumsy romance make it (somehow) great.

Bad/good movies have a special place in my heart, and E.L.F. is definitely one of those. It was my first Christmas movie and since then, even as I begin to understand how dumb the movie is, I find that I can’t help but like it. Also, in the Love Actually: Red Nose Day special, the Prime Minister (Hugh Grant) calls it the best Christmas movie, so…

A Christmas Story is an adorable movie that is literally only about a kid, Ralphie Shepard, who really wants a red ryder BB gun. The movie doesn’t have much of a solid plot, instead, it has a compilation of little mini stories that all lead (chronologically) to Christmas, when he gets his gun. It’s wonderfully endearing; Ralphie’s actor is so cute and his interactions with his family and friends are reminiscent of my own childhood.

The mini stories had every opportunity to be weird and disjointed, however, the way they were all linked to christmas tied them together quite well. The best mini story (I think every other person will agree) is the one with the lamp. The lamp is a piece of decor I would buy if I had space, and the way people interact with it in the movie (if that makes any sense) is hilarious. Since the lamp is involved at such an early point in the movie, it’s presence throughout the rest of the film gives it a jovial attitude that makes the movie much cuter.

The Grinch is an evil, evil evil little guy. I love this movie with all of my soul because of the characterization of an outcast who ostracised himself to prevent humiliation. I feel like, in more recent movies, people have chosen to give the evil characters a weakness, or a good trait, or something to make them more relatable. In The Grinch, the Grinch maintains his evil nature and has a character arc but nowhere does the audience find him relatable, and that’s another reason why I love this movie.

This movie is also hilarious. The Grinch is a total drama queen and, because the drama is centered around his hatred for Whos, the drama becomes funny instead of annoying. If the Grinch hated Christmas, he would have done everything to ruin Christmas without directing his anger at the Whos. Instead, he ruins Christmas to insult and hurt the Whos. This isn’t damaging, the way he goes about his plot is ridiculous and unexpected, so the horrible actions are actually quite funny.

This movie is a classic, for good reason. It tells the story of the life of George Bailey, a man living in the quiet town of  Bedford Falls. Growing up, he has big dreams of traveling the world and going to college, but those plans get derailed. Christmas Eve many years later, George Bailey is about to kill himself, so an Angel, Clarence, gets sent down to talk George out of it.

Somehow, I had gone my whole life without seeing this movie until now, and it’s honestly one of my biggest regrets. It’s such a good movie and George Bailey holds a special place in my heart. Unlike most Christmas movies,  this movie has some substance and an actual plot, which I appreciate. The lowest of lows brings you to highest of highs at the end of this movie, leaving me teary eyed. I’d have to call this my favorite Christmas movie because overall it’s just everything I think a Christmas movie should be: dramatic, funny, romance-filled, and it makes me believe in the magic of Christmas.

Some people may say that this movie isn’t a Christmas movie. Those people are wrong. It’s, dare I say, the best movie of this decade. If you haven’t already seen it, it’s about Anna, princess of Arendelle, who goes to find her sister Elsa after she uses her ice magic to make an eternal winter. She enlists the help an ice harvester, his reindeer, and an enchanted snowman to help reverse the spell. Oh, and it’s a musical.

Reasons that this movie is a Christmas movie, in case you don’t believe me:

I’m proud to say that I can quote nearly this entire movie, and it never fails to put a smile on my face. Plus, the plot is different than every other Disney Princess movie and pokes fun at the typical love at first sight trope. I love how it shows that familial love can be just as strong, if not stronger, than romantic love.

This movie is more rom-com than Christmas movie (yes, yes that’s true of half of my movies), but it does happen at Christmastime. It stars Sandra Bullock as Lucy, a young lady who works at the train station who is secretly in love with one of the commuters. On Christmas day, he gets pushed into the tracks and Lucy jumps in to save his life. He goes into a coma and in the commotion, his family thinks she is his fiance. Of course, then she starts having feelings for his brother. Drama ensues.

Mid-90s romance movies just have something special about them. Add in Christmas trees and New Years parties and you get something magical. And this isn’t some terrible movie that I love for no reason, the people on Rotten Tomatoes agree with me.

Some people (namely Aynsleigh) hate this movie, but I think it’s wonderfully terrible.  It’s about Amber, an American journalist, who is chosen to cover the kingdom of Aldovea. Christmas makes the one year anniversary of the King’s death, so the Prince must take the throne. The Prince is rumored to be a playboy and the public speculates that he may abdicate the throne. Amber poses as a royal tutor to get close to the royal family and write the article that make her career.

This movie is bad in a way that I only slightly want to groan. The dialogue isn’t outstanding, but isn’t bad enough that I actively notice it. The accents are decent as well, which is something I appreciate. (Bad accents are the reason that I don’t like Netflix’s The Princess Switch). It’s a step above normal Hallmark Christmas movies and gives me faith about the future of Netflix as a Christmas giant.

This movie is the epitome of cheese, but that doesn’t make me like it any less. It follows Kate as she relives Christmas Eve 12 times. On the first night, she forgoes her blind date in an effort to get her ex-boyfriend back. This doesn’t go well and soon she’s stuck in a time loop, unsure of how to return back to her normal life.

I can’t explain why, but I’ve seen this movie more times than I can count. It’s an ABC Family movie, so the quality isn’t great, but it’s very heartwarming. It checks all of the typical cheesy Christmas movie boxes for me:

Kate is a bit unlikeable in the beginning, but you soon find out the reasons for her faults and she grows up during the duration of the movie. The main romance is something I root for, but what I particularly love about this movie is all the side plot lines and romances that come in to play. They’re all adorable and the end of this movie leaves me feeling good. What more could I ask for?