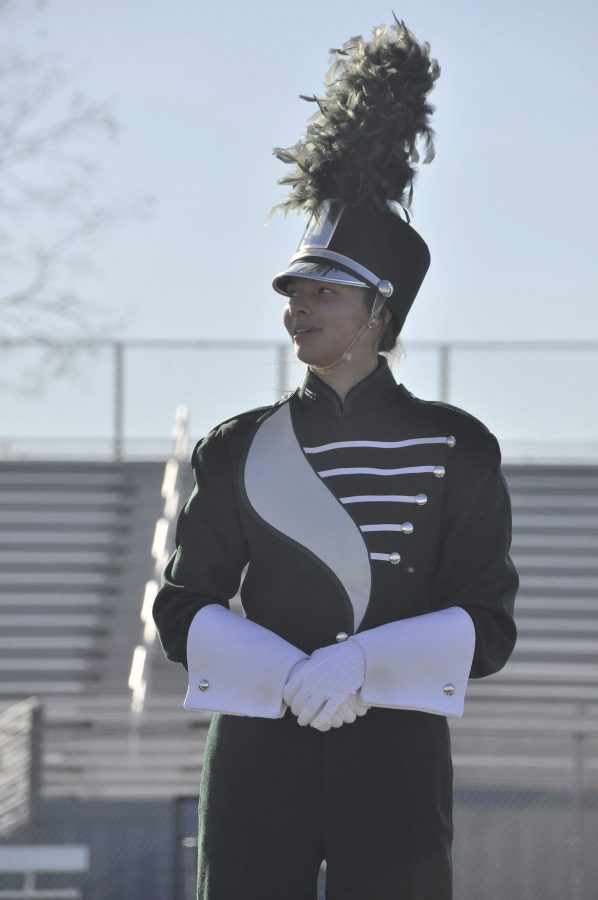 Clarke aimed to be Assistant Drum Major this year because, “I wanted to impact the marching band as a whole and be able to do what I love but also be able to work hard and lead people.” Clarke said. “I feel like I can provide a bunch of ideas and to be able to impact and to help out that’s what I love to do and music is my passion.”

Clarke’s favorite part of the task of being Assistant Drum Major involves conducting. “I would have to say conducting in the stands because it is so much fun especially when everyone gets really into it.” Clarke said. “Also conducting the show because you get to put a bunch of super cool ideas into it.”

The most challenging part according to Clarke is taking direct criticism. “It is definitely a challenge when you think you are doing something right and then people would tell you that it’s not but you just have to move on. Like you have to take it, don’t take it too personal but you have to take it for what it is and then try and improve.”

Donate to The Talon
$0
$500
Contributed
Our Goal
Submitting donation...

Thank you for your donation!