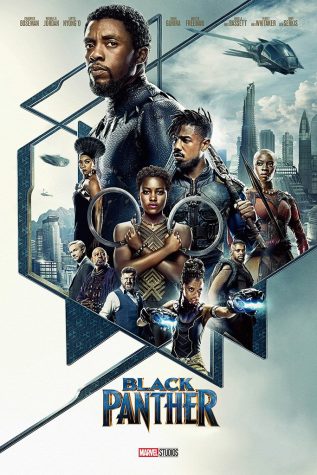 As much I feel bad for Chadwick Boseman, with the repeated interviews where he has had to yell “Wakanda Forever,” the movie he starred in was great. All the characters are multidimensional, so you can understand Killmonger’s world view as much as T’Challa’s.

Additionally, it is relatable to today, making the conflict hit closer to home than typical movies. An idea of isolationism vs fighting oppression goes throughout each scene, which makes this movie so powerful. The five act structure fully fleshes out the plot, and sprinkles connections to the MCU in a really smart way so that it still feels self-contained.

One point I would add is that T’Challa feels a bit bland compared to broken-down characters such as Tony Stark and shining heroes such as Captain America; T’Challa is just a respectful, dignified heir to the throne. You put him next to these lively characters, such as his sister or Killmonger, and T’ Challa just does not have the same energy.

The CGI-heavy action made me lose immersion in the film, especially the final fight.

Finally, a superficial issue was the post credits scene, where we get questions over what Wakanda plans to do. I believe it is essential to the story and should not have been delegated to a post-credits scene, and would have worked much better as the ending. 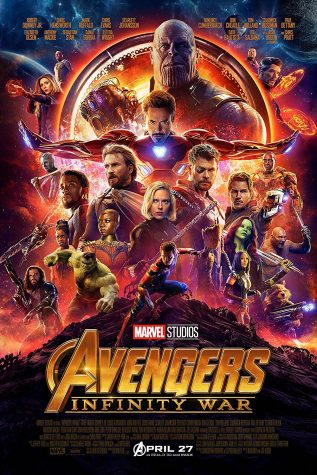 All the MCU characters join up for this big fight again Thanos. I was surprised to how deep they went into his character, bringing out this inner sadness from someone who is trying to murder half of all the living creatures in the universe. Straight from the start, they show how merciless and cruel he can be, making you believe he will do whatever it takes to complete his mission. It gives the movie a strong sense of urgency and emotional resonance unseen before.

Also, the scope and scale of this movie is phenomenal. This movie is a Lord of the Rings-size adventure to try and save the galaxy. Every action sequence feels huge even when it is only two characters fighting, and filled with iconic shots such as “the snap,” or Thor’s return. There are so many wow moments that made me smile or brought a tear to my eye.

Comedy is not absent either: one of my favorite scenes is where the Guardians of the Galaxy meet Thor, and Drax comments on how he looks like an angel. Drax, as always, was hilarious with his deadpan delivery.

Next, the character design and set pieces are stunning, leaving my jaw hanging every time. The followers of Thanos all looked so unique.

The acting is nothing less than amazing, with the lead definitely being Thor; he sees Loki die, and when he is with Rocket he puts up this strongman persona trying to be the mighty Thor. However, his eyes look so sad and broken while still being filled with rage, with all his is focus on getting a new weapon to kill Thanos. It hit hard, and I applaud Chris Hemsworth for his performance.

Every scene with Thanos was amazing. They turned what I expected to be a one-note killer into someone with a deeply conflicted belief system, who doesn’t want to kill everyone he sees, which in some ways makes him even worse of a villain.

A key moment: where Starlord has to make the decision to kill Gamora and he builds up all this willpower and emotional strength to shoot, just for bubbles to come out. It makes you truly feel how underpowered everyone is against Thanos.

Finally, for some the ending felt cheap and only a buildup to Endgame, but I could not think of a better way to end it. Seeing some of our favorite characters just die right before our eyes will be ingrained into my memory forever.

Ant-Man and the Wasp

The definition of a filler movie, full of “quantum” in every other sentence and just stuffed with exposition. This is nothing more than a trash bag to get everything set up before Endgame. I will admit it was nice to have such a lighthearted movie after what Endgame was, but I can not get past this lingering feeling that this movie should not exist. 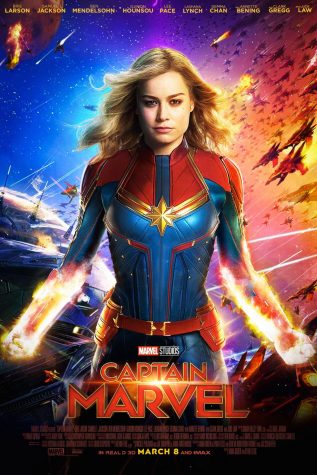 It took twenty-one movies, but the Marvel Cinematic Universe finally has a female-led superhero film. However, it settles for a formulaic movie with weak action. They rely on looking at the past rather than forward for an origin story, but I feel it doesn’t really accomplish its goal. The 90’s aesthetic is nice, but feels like they’re beating a dead horse once we get farther in the movie.

Another issue is that I feel Captain Marvel’s emotions are always at an arm’s length, never allowing true knowledge of who she is as a person, and for a origin story that’s pretty rough.

Some of the CGI felt off, but the de-aging effect with characters like Nick Fury was amazing, like they just grabbed them from back in the day.

Captain Marvel wasn’t a bad movie, it was just was a letdown, the same as Ant-Man and the Wasp was.

Next week: The Review of Endgame